Excitement is building as violinist and dancer Lindsey Stirling comes to San Diego Civic Theatre on Tuesday 31st August 2021 in the wake of her fourth studio album, Artemis! The magnetic performer has been touring the show elsewhere in the world but is bringing it to the US to share the magic with her fans closer to home, and plans to make it very special indeed!

“After taking the Artemis tour all over the world, I can’t wait to FINALLY bring it home to the states,” Stirling said. “I never know how to describe my shows, but they are theatrical, full of choreography, costumes, and a light show that would make a DJ feel quite at home. This Artemis tour is my biggest and boldest show yet and it’s a joy to perform. I hope you love it.” 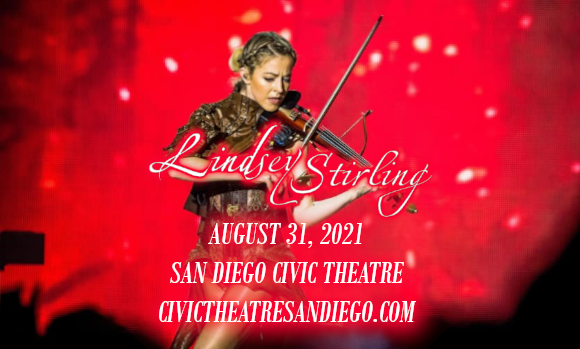 Once in a while, there comes an artist that forges a truly unique path through the entertainment industry, and Lindsey Stirling is one of those artists. The singer, songwriter, violinist, and dancer has cultivated a fusion of classical music with contemporary genres like hip hop and dubstep, and this is also echoed in her performance. Many will recognize Stirling from her time as a quarter-finalist on the 10th season of America's Got Talent, or from her YouTube channel, which has over 12 million subscribers and has racked up 2.5 billion views. Over the years, she has built a strong fanbase from her spectacular stage shows and her five albums, which have topped several of Billboard's charts. 2019's Artemis, which is her latest album, reached the top spot on the US Independent Albums, Top Classical Albums and Top Dance/Electronic Albums charts, and features collaborations with Elle King and Evanescence's Amy Lee.